The Rectangle and Full Rim frames of these Balenciaga sunglasses are light and comfortable when worn. They will never cause irritations because they are hypoallergenic.
The CR39 lenses are strong and can block 100% of UV rays.

Balenciaga was founded in 1917 by Basque designer Cristóbal Balenciaga and closed in 1972 then it was reopened under new ownership in 1986. The brand is now owned by the French multinational holding company Kering and it is based in Paris. Balenciaga is a luxury fashion house that was known for its bubble skirts and odd, feminine, yet modernistic silhouettes which became the trademarks of the house. Nowadays the brand is best known for its line of motorcycle-inspired handbags, especially the "Lariat" and it also has eight exclusive boutiques in the United States. Balenciaga creates avant-garde structural pieces, straddling the edge of fashion and forecasting the future of women's ready-to-wear fashion. Vintage Balenciaga garments are popular among fashion editors, Hollywood stars, and models, and have been seen on Sienna Miller, Raquel Zimmerman, Emmanuelle Alt, Hilary Rhoda, Stephanie Seymour, and other celebrities. 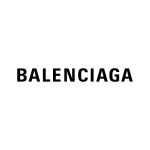